With 2015 coming to a close, it’s time to think about how to transform our lives for the upcoming year. This was an exciting year for organic research, with multiple cutting-edge studies revealing scientific breakthroughs on the environmental and human health benefits of organic food and farming. We’ve put together ten New Year’s Resolutions based on these findings to reflect ways that you can put science into action.

This year, research clearly showed that small pesticide residues on food can have an impact on your health. While decades worth of research has demonstrated the clear dangers of exposure to pesticides through application or living in agricultural areas, few studies have looked at the health consequences of exposure to low-level pesticide residues in a conventional diet. In 2015, however, researchers at Harvard University published a study showing that dietary exposure to pesticides can lower sperm quantity and quality in men. After taking into account confounding factors such as weight and smoking, researchers found that men exposed to the highest levels of pesticide residue through fruit and vegetable consumption had almost 50% fewer sperm and more abnormally shaped sperm when compared to men who consumed the least amount of pesticides. Jorge Chavarro, the study’s senior author, pointed out that the findings suggest that “implementing strategies specifically targeted at avoiding pesticide residues, such as consuming organically grown produce or avoiding produce known to have large amounts of residues, may be the way to go.” The best way to avoid pesticide residues on food is by eating an organic diet, which brings us to our second New Year’s Resolution… 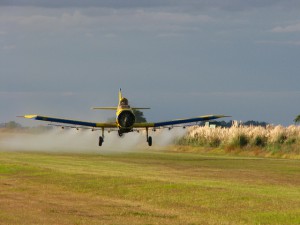 Glyphosate, the active ingredient in the pesticide Roundup, has long been touted as a pesticide that poses few risks to humans. One of the most commonly used herbicides in the world, it is found in over 750 different products used on farms and in urban areas. Unfortunately, new groundbreaking research suggests that it might not be as benign as previously thought. One study from 2015 suggested that low-level exposure to Roundup over a long period of time could cause kidney and liver damage in rats. The doses used in the study were low enough that it prompted the researchers to note, “As the dose of Roundup we investigated is environmentally relevant in terms of human, domesticated animals and wildlife levels of exposure, our results potentially have significant health implications for animal and human populations.” Similar research results were cited in a recent study published by the World Health Organization (WHO), which determined that exposure to glyphosate “probably” causes cancer in humans. The WHO working group assigned the risk level as “probably carcinogenic to humans” after reviewing results from pertinent scientific literature showing evidence that glyphosate exposure is linked to certain cancers in humans, induces tumors in mice, damages human DNA, and disrupts beneficial intestinal microbes in humans.

Human health wasn’t the only area with research in 2015 showing the dangers of pesticides. Several studies showed that the class of pesticides called neonicotinoids (“neonics”) has a broad range of negative impacts on bees. One study found that even exposure to very low levels of neonics can negatively affect bees. Another study looking at five years of data on pesticide usage and over 11 years of bee health observations found a correlation between increased use of neonics and honey bee losses. Yet another found that even when neonics aren’t sprayed directly on fields, they can impact bee health. These new findings on the negative effects of neonics on bee health were combined with previous years’ findings in the 2015 report released by the European Food Safety Authority (EFSA), which deemed neonics a high risk to bees. This is especially the case given the bizarre finding of a 2015 study that despite the poisonous effects of neonics. bees actually prefer neonicotinoid-laced food. The researchers showed that bees can get addicted to neonicotinoid pollen, suggesting that the pesticide could have similar addictive affects to nicotine, driving bees to consume more of the pesticide-contaminated food than normal. For more information about the benefits of organic for pollinators, check out The Organic Center’s Pollinator Health report released earlier this year.

Organic is also beneficial to soil health, according to several studies released in 2015. Specifically, scientists made breakthroughs looking into organisms living in the soil. Findings published from a long-term study incorporating over a decade-worth of data show organic farming is beneficial for soil organisms, with larger soil animals increasing to over 250 times that of conventional soils, and microorganisms increasing 70%. Still another study showed that, in addition to increased soil biodiversity, organic management improves nutrient availability and soil structure. In research focusing on soil benefits of organic, The Organic Center is collecting soil samples from organic farmers to test for health qualities versus those of conventional soil. Visit our Web page to learn more.

This resolution focuses on the multiple benefits organic has in preventing runoff into our waterways. One of the essential findings published in 2015 looked at nitrogen runoff from organic and conventional farms. Researchers found that organic cropping systems have less nitrogen pollution than conventional cropping systems. Another study released by USDA researchers in the Midwest looked at water quality, and found organic farming methods can be used to reduce water pollution in U.S waterways. This showed nitrate loss via water in the conventional cropping systems was twice as high as nitrate loss from the organic cropping system. The Organic Center is working on a project to put these benefits of reduced nitrogen pollution into context by developing a nitrogen footprint calculator that will allow individuals to examine their specific nitrogen contributions based on personal consumption patterns. Check back in early 2016 for our roll-out of the calculator.

Organic products are better at supporting farmers financially, according to a 2015 study published in the Proceedings of the National Academy of the Sciences. Researchers used over 40 previously published articles encompassing 55 different crops across 14 countries, and found that organic farming is more profitable to farmers than conventional farming. Their results show that organic is 22 -35% more profitable than conventional farming. The researchers point out that benefits to farmers are probably even greater than their estimates, because this analysis does not include the environmental and health benefits of organic. “If we also put a price on the negative externalities caused by farming, such as soil erosion or nitrate leaching into groundwater, then organic agriculture would become even more profitable because its environmental footprint has been shown to be less than that of conventional agriculture,” they wrote.. 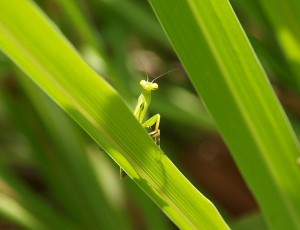 In addition to supporting soil and pollinator diversity, organic farming has been shown to promote a wide diversity of organisms on the farm. Often times the biological services performed from increased biodiversity can have real-world economic benefits for farmers as well. For example, one study that came out in 2015 showed that organically farmed lands had more beneficial predatory insects and spiders than conventional farms. Not only did they find that these beneficial insects could control on-farm pests, the impact of these benefits reached beyond the organic farms, even improving adjacent forest patches. Another study confirmed the extended reach of organic benefits beyond the farm, showing that the presence of organic farms also increases the amount of biodiversity on surrounding conventional farms.