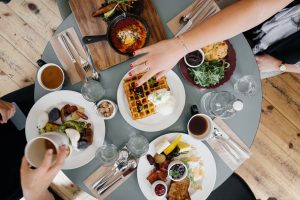 Research released today from the journal Environmental Research adds to the growing body of literature showing that switching to an all organic diet reduces existing levels of pesticides detected in children and adults. While previous studies on organic diet intervention have focused on organophosphate pesticides, this study tested for a broad range of pesticides including neonicotinoids.

The pesticides detected in all participants in this study have been associated with many adverse health outcomes including the impairment of childhood development, impacts on reproductive health, asthma, and cancer. Pesticide exposure in the general population is largely attributed to what people eat, and in 2016 the U.S. Food and Drug Administration detected pesticide residue in nearly 50% of foods sampled from domestic and imported sources.

In the study released today, researchers from UC Berkeley, UC San Francisco and Friends of the Earth collected urine from four families across the U.S. (n=16 participants; total of 158 urine samples) both before and after an organic diet intervention to test whether the organic diet would reduce suspected levels of insecticides, herbicides, fungicides and their metabolites. After only six days of eating a purely organic diet, there was a significant reduction in 13 of the 14 detected pesticide and pesticide metabolite compounds that represented organophosphates, neonicotinoids, pyrethroids and the herbicide 2,4-D.

The most dramatic reductions were found in a class of insecticides called organophosphates, which are associated with harm to children’s developing brains. A metabolite of Malathion dropped 95.0%, and a metabolite of chlorpyrifos dropped 60.7%. Chlorpyrifos is a neurotoxic pesticide that was banned for residential use in 2001 and court-ordered to be banned for agricultural use in 2018,  although this recent ban has not yet been implemented. 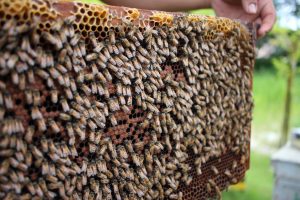 The neonicotinoid clothianidin also dropped dramatically (-82.7%). The authors recommend more work be done to explore the role of diet in exposure to neonicotinoids, which are known to be toxic to birds and bees, and are the most widely used class of insecticides in the world despite being banned in many countries.

This study’s important work contributes to the growing body of research that shows how eating organic food can reduce exposure to pesticides associated with non-certified organic agriculture.

See the short video summary of this work here.