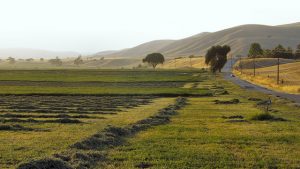 In general, large-scale agriculture contributes to climate change by consuming many fossil fuels for energy and emitting large amounts of greenhouse gases (GHG). Because synthetic fertilizers and pesticides require a lot of energy to produce and apply, conventional agriculture is considered more energy dependent than certified-organic agriculture, which restricts the use of these synthetic inputs. However, if manure based fertilizers are used in organic crop production, then the energy required to grow animal feed must also be considered. In effort to find opportunities to mitigate climate change, a recent study in Agricultural Systems, a journal published by Elselvier, used a common method called life-cycle analysis to assess on-farm energy use and GHG emissions across five different cropping systems. Two of the five systems were conventionally managed with the use of synthetic fertilizers, herbicides and conservation tillage, or no tillage at all. These fields were on a 3-yr rotation of grains and soy. The other three cropping systems were organically managed with the use of a broader range of tilling methods for weed control, and inputs of poultry manure and potassium sulfate for fertilizers. The rotations varied in length from two to six years, and composition of grains, cover crops and legumes. 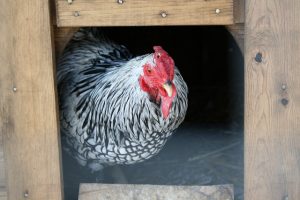 The results from this study support previous studies, which show that on an area basis, organic systems use less energy than conventional (though GHG emissions were highest for the organic 2-yr and 4-yr rotation systems). Regardless of whether the systems were organically or conventionally managed, fertilizer type and use of diesel fuel used the most energy, though the proportions differed based on management system. In the conventional systems, the production of fertilizer used up to 45% of all energy, followed by the use of diesel fuel, which used up to 25% energy. In contrast, the organic systems used the most energy for diesel fuel (up to 46%), followed by the production of poultry manure fertilizer (up to 26% across the three systems).

The story changes though when making the comparison on a crop yield basis rather than a per area basis. When comparing yield, both energy use and GHG emissions were lowest in the organic 6-yr rotation system, but highest in the organic 2-yr rotation system on a crop yield basis. These results were driven by the length and complexity of crop rotation, where fields with longer and more diversified rotations, particularly those that incorporate perennials, require less energy and emit fewer greenhouse gases. These practices can benefit both conventional and organic systems alike. The researchers suggest that while organic management can reduce energy use and GHG emissions by reducing the production of synthetic fertilizers and herbicides, the incorporation of perennials into longer crop rotations may be the most effective way to mitigate climate change in large scale agricultural production.